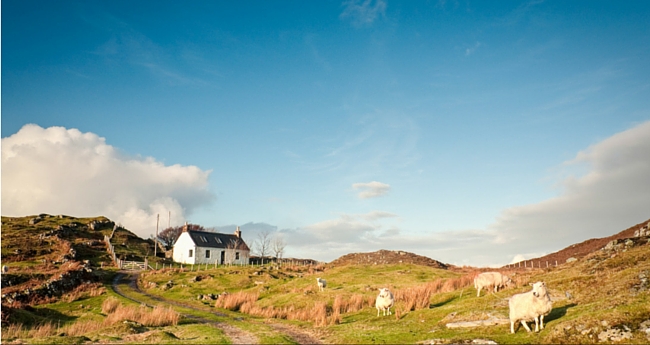 Changes to the Scottish Government's Croft House Grant Scheme are being considered following a public consultation.

The Croft House Grant Scheme (CHGS) provides up to £1.4 million in grants each year towards the cost of building or improving homes with the aim of attracting and retaining people in the crofting areas of Scotland.

Plans to target and extend levels of support available through the scheme are now being considered following feedback from the consultation which took place earlier this year. Crofting Minister Aileen McLeod has now written to the Scottish Parliament’s Rural Affairs, Climate Change and Environment (RACCE) Committee to confirm some proposals are being investigated further, including the possible reinstatement of a loans scheme.

Dr McLeod made the announcement on a visit to Inverness to highlight Scottish Government support for crofting.

"Feedback from our consultation has been extremely helpful and we are now refining our proposals to further improve this important scheme. For example, we are looking again at the geographical areas eligible for the standard and higher rate of grant under the scheme, and the appropriate level of grant. We are also considering introducing a more formal method of targeting the scheme to those who need it most.

"As a number of these changes differ from those set out in the consultation paper, I believe that it would be beneficial to undertake a further engagement with key stakeholders who responded to the consultation. This is expected to conclude in time to revise grant arrangements during this Parliamentary term, with changes coming into force shortly after that.

"Amongst responses to the consultation was support for reintroducing a loan scheme to help crofters build or improve their homes. While this was not one of the proposals in our consultation, I am keen to look again at the feasibility of such a scheme being introduced.

"However, this is a longer-term piece of work and - as I do not want to delay the launch of the new grant arrangements – I intend to take it forward separately. I look forward to further feedback from key stakeholders so that this important scheme, which has approved funding to build or improve almost 700 homes in the last eight years, will be well placed to support Scottish crofters in the years ahead."

"The Crofting Commission welcomes the announcement by the Minister today on the next steps in the review of the Croft House Grant Scheme. The CHGS provides important financial assistance to attract and retain people in our crofting communities and also in helping crofters to fulfil their duty of living on or close to their croft so it is important that it is fit for purpose and helps crofters with a genuine housing need."