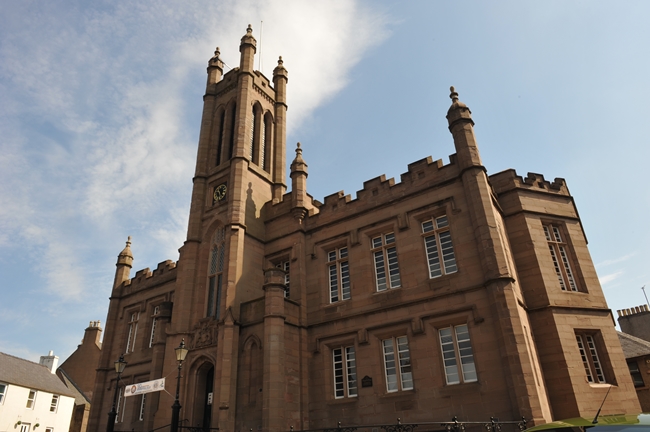 Brechin, Angus has been announced as the location for the second Scottish Rural Parliament.

Around 400 people are expected to gather in Brechin for the event on 6-8 October 2016 to develop and agree an action plan for rural Scotland as well as celebrating the strengths and achievements of rural communities.

"Rural Parliaments have the potential to transform rural society, helping people to be more empowered, more resilient and better connected. Much has been achieved since Scotland’s first Rural Parliament in Oban last November and it is crucial that we maintain momentum. That is why I am delighted to confirm that the second meeting of Scotland’s Rural Parliament will take place in Brechin late next year, and I urge everyone across rural Scotland to get involved between now and then."

On winning the bid to host the event out of nineteen applicants, which was submitted and led by Angus Council, the newly appointed Chair of the local liaison group for the event Derek Harper said:

"It’s a real privilege and honour that Brechin was chosen as host for the next SRP. Excitement and enthusiasm has been growing since we got the news. To deliver a prestigious event in our new community campus personally fills me with great pride and delivers a huge boost to our local economy. This a great opportunity for Brechin and Angus to shine and we look forward to welcoming delegates from all over Scotland next October."

The Rural Parliament meets every two years and brings together the people of rural Scotland and policy makers to address rural issues. A series of smaller events are planned across Scotland in the run up to the Rural Parliament which will feed into the discussion and debate at the event itself. Caledonian MacBrayne will be sponsoring both the national event and the smaller events held on islands off the west coast of Scotland.

"The Scottish Rural Parliament will be a community-led process culminating in an event every two years. Our aim is to give rural communities the opportunity to present a collective voice to decision-makers and to develop their own plans and activities. Encouraging discussion and debate over the next few months, leading up to November, will be an important part of that. We are very pleased that Brechin will be hosting the national event and look forward to working with CalMac and other sponsors again in 2016."

The host town and the surrounding area of Angus will have an opportunity to showcase their finest local produce, talent, community and enterprise projects to the delegates. Scottish Rural Action have identified the new community campus in Brechin as the primary venue for the event.