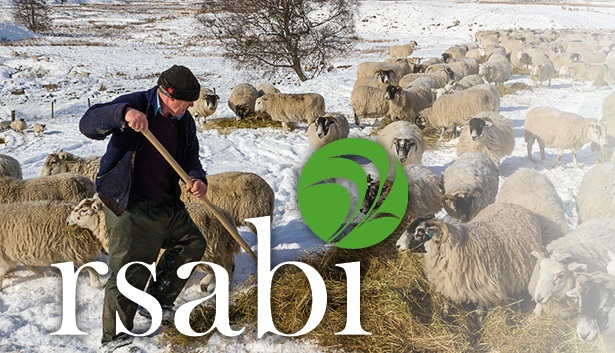 RSABI is encouraging the rural industry to back its 'Help us help them' campaign to help put a stop to rural poverty.

The charity provides financial assistance, support and a helpline to people who have worked in land-based employment and through age, injury, illness or misfortune now experience hardship.

Last year, the charity helped over 900 people, contributing £600,000 in direct financial support. They have had to dip into the charity's invested capital in response to the difficult times being experiences, particularly by farmers and crofters.

"We are appealing to everyone in farming and crofting to back our 'Help us help them' campaign. The current climate within farming isn’t great and we believe that the number of people receiving support or grants from us is only going to increase."

You can support the campaign in a number of ways including joining the Supporter Scheme which provides the opportunity for people or organisations to join as individual, business or corporate members. Simply log on to the RSABI website or call 033 111 4166 to sign up.

Scotland rugby international Alex Dunbar is an ambassador for RSABI with his first act being to sign up as an individual supporter for £25 a year. He is urging people up and down the country to back the current campaign.

"Times have been tough recently for farming and I would ask everyone who can, to do their bit to support RSABI and its important work helping the farming community."

The Great Glen Challenge will put teams through their paces at the end of August. The charity's flagship event raised £62,000 last year, and donations can now be made at www.virginmoneygiving.com/fund/RSABIGGC16 for this year’s event.

As part of the 'Help us help them' campaign for 2016/17, RSABI are putting on a variety of other events for their supporters. A fundraising golf day at Edzell Golf Course took place in June and it is hoped that another golf event will equal its success in the south of the country next month. Other events include a charity clay shoot in the autumn, as well as a campaign dinner for the North East. The fundraising drive for 'Help us help them' culminates with a Campaign Gala Dinner, sponsored by The Royal Bank of Scotland at Gogar, Edinburgh in the New Year.

"We are hugely grateful to all those who have come forward recently to join our Supporter Scheme, and we’ve got a number of great events coming up over the course of the summer and into next year as well. Please visit www.rsabi.org.uk to learn more and show your support for the current campaign - there has never been a more important time to help us help them."