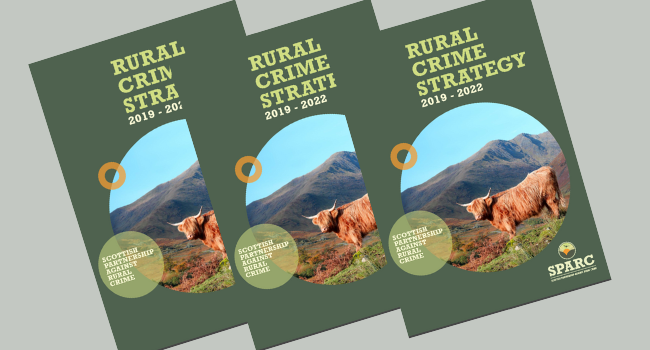 The Scottish Partnership Against Rural Crime (SPARC) has published a Rural Crime Strategy for 2019-22.​

​The Rural Crime Strategy sets out seven priorities for SPARC. These are:

​The strategy also sets out Action Plans from some of the agencies involved in SPARC on how each of these priorities will be tackled.

John McKenzie, Chief Superintendent, Police Scotland and Chair of SPARC says in the foreword to the strategy:

"Whilst the volume of crime in rural communities and environments is often lower than in urban locations, the consequences and impact of an incident or crime committed often has a much deeper impact, both on the victim and community as a whole.

"It is also acknowledged particular challenges exist in tackling criminality, particularly with an all too common perception that the cost, extent and social impact of crime in rural areas is underestimated, under-reported an not fully understood."