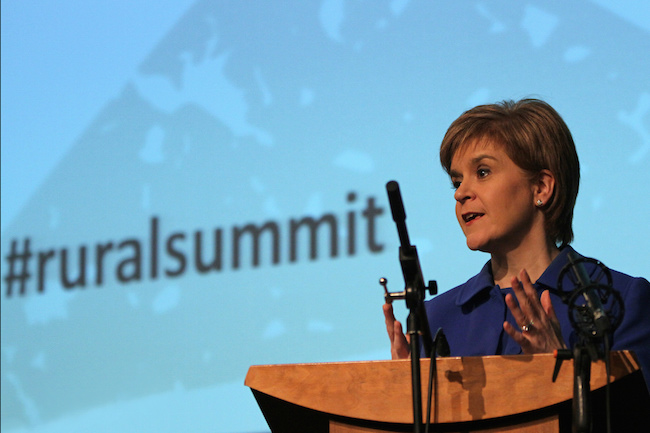 The first Scottish Rural Summit saw people from the public sector, rural communities and others explore opportunities for rural Scotland to be empowered, connected and sustainable.

The event held at The Brunton in Musselburgh on 24 November was attended by First Minister Nicola Sturgeon and Cabinet Secretary for Rural Affairs Richard Lochhead.

The First Minister praised the 'great success' of the first Rural Parliament and highlighted some of Scottish Rural Action's successes since then.

She said that the Scottish Government broadly agrees with the five asks that were made by the Rural Parliament in 2014 and that they expect all public sector bodies to 'play their part in meeting our shared aims for rural communities'.

Participants also heard from Professor Sarah Skerratt of Scotland's Rural College (SRUC) on why we should focus on rural. She said that challenges play out differently in rural areas due to a range of factors including cost of living and isolation. Professor Skerratt also said that when it comes to community empowerment there needs to be a deliberate focus on those that are not currently empowered.

Alison Macleod from Applecross in the Highlands gave a community perspective. Their community hydro scheme Apple Juice raised £780,000 through crowdfunding in just five weeks. However, Alison also highlighted the challenges the community faces which include an ageing population, lack of affordable housing and land to build on, and a reliance on volunteers.

Participants then had the chance to put forward their views on what the Scottish Rural Parliament could do to help achieve their ambitions for rural Scotland. Issue and opportunities raised included housing, transport, the retention of young people in rural communities and many, many more. It was also a chance for people to share examples of activities already taking place in their organisations and areas.

We will be producing a short film from the Rural Summit which should be ready in early 2016.